The Permanence and Transformation of the Country’s Countless Concrete Mushrooms

Bunkers are perhaps the most memorable and iconic object of the Albanian landscape. To this day, they persist as reminders of Albania’s paranoid period under Enver Hoxha’s 45-year-long communist regime.

Defense against a Phantom Enemy

Most bunkers were built on strategic locations near borders, government buildings and peripheral areas in the period of 1965-1985. There are diverging figures and opinions regarding the total number of bunkers in the country. To this day, only 125,000 have been officially counted but it is thought that approximately 550,000 to 700,000 bunkers are scattered throughout Albania. You can spot them almost everywhere along the small 11,100 square mile area of the country: fields, shores, mountaintops, neighborhoods, playgrounds with some even jammed between residential buildings or gas stations. In many cases, they spoil what would be pristine natural landscapes. At other times, though, they turn otherwise unremarkable corners into fascinating memorials of peculiar times.

No other country in Eastern Europe adopted such methods of defense. It was Enver Hoxha’s strict, dictatorial rule in particular that demanded radical measures. After Hoxha’s death in 1985, the subsequent fall of Communism in 1992, and the following decade of transition, the bunkers were forgotten. Only during this past decade, the concrete mushrooms resurfaced to become popular touristic attractions. Today, these abandoned bunkers attract photographers and curious travellers who find the mushroom-shaped objects fascinating. Indeed, bunkers have a haunting quality about them. This is because, like any ruins, they testify to a lost time. Also, like any abandoned object, their concrete surface is naturally embellished by shrubs and greenery. Though they were never used for their original purpose (i.e. defense against an enemy attack or invasion) they are striking reminders of war and paranoia. Indeed, their spherical concrete surface includes an intimidating sniper window.

It must be noted that bunkers are sufficiently fascinating in their natural state, simply punctuating the landscape. They can even add a touch of competition to a road trip as people love discovering them along the way to their destination. However, several bunkers have also been creatively transformed into museums, installations, cafes, hostels, or changing rooms in some of the country’s many beaches. At a central location along the capital’s main boulevard stands Postblloku Memorial, a memorial honoring labor camp prisoners. The installation includes the bunker that once guarded the entrance to the famous Blloku area, which housed the residences of the former government. 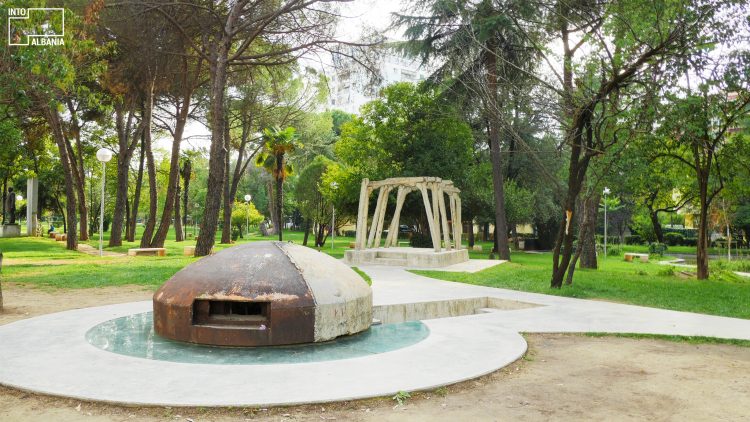 For Albanians, the bunkers are a bitter reminder of thoughtless government military expenses at a time of isolation and extreme poverty. Indeed, more than a quarter of the budget was used to construct what turned out to be useless protective structures. These ground-level or underground fortifications also served another, more propagandistic purpose. They reinforced the leadership’s dominance over the population by creating an external monstrous and malicious enemy. In Tirana, you will come across Bunk’ Art I and II, both museums dedicated to secret service operations during Communism. 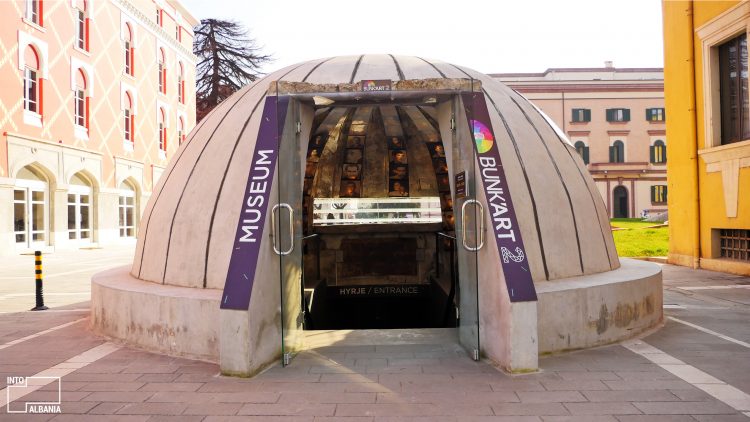 For a short and comprehensive take on the history and current situation of Albania’s bunkers, we suggest the 20-minute documentary, entitled The Concrete Mushrooms (2010), directed by Elian Stefa and Gyler Mydyti.

Into Mountain from IntoAlbania on Vimeo.

Into Mountain from IntoAlbania on Vimeo.

Vacationing has definitely changed this year so IntoAlbania pitches in to offer some inspiration for a fun and safe summer...

With the looks and climate of Scandinavian fjords, Lake Koman is a nearly otherworldly retreat, nestled among green-covered hills in...

Hailed as the Thailand of Albania, the pristine Shala River and its surroundings are a spectacular summer alternative to the...